The Moment You Doubt – Ben Bransby 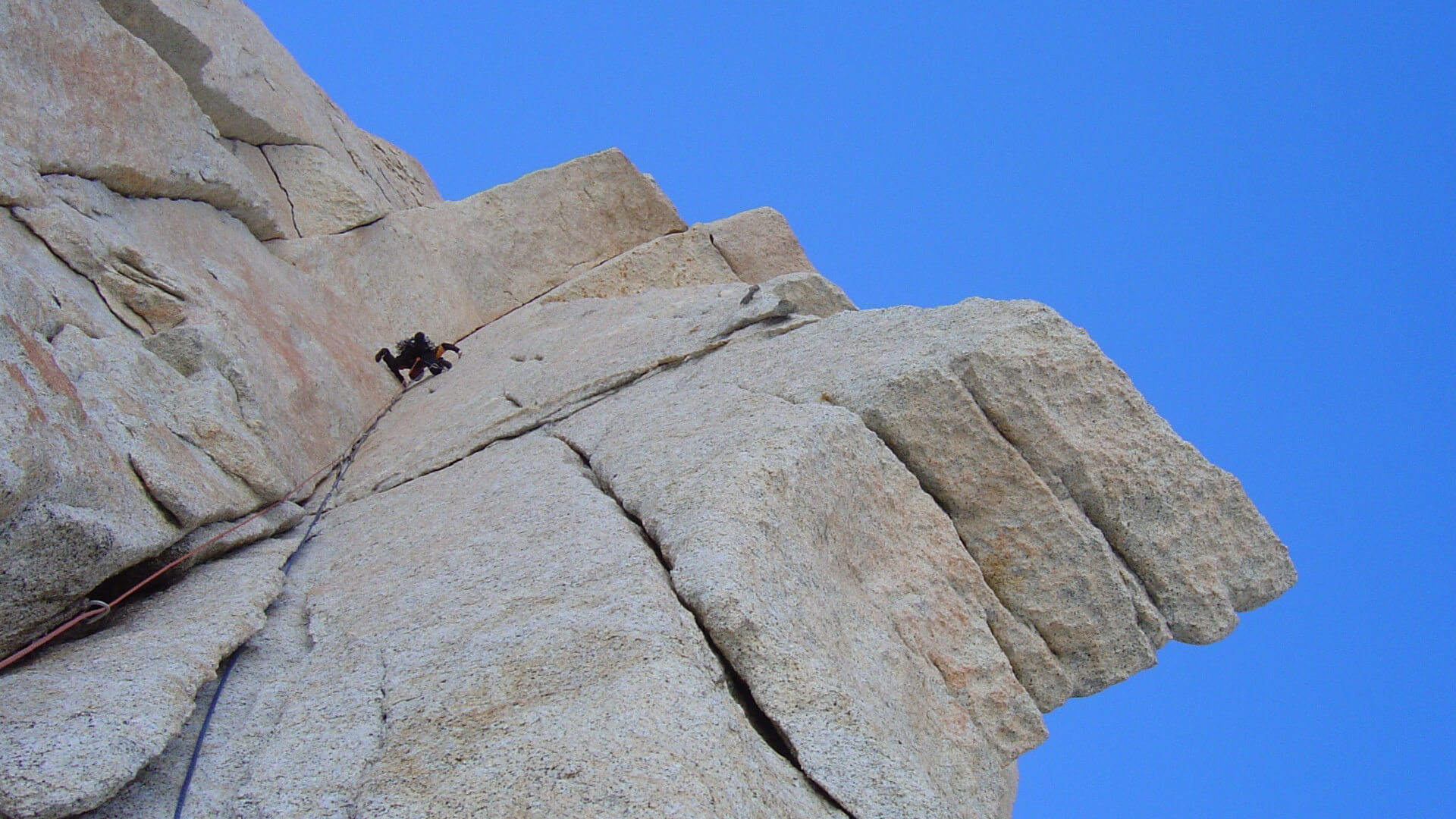 Many of the stories in Factor Two feature the same scenario – What next? You always imagine ticking the big goal might be enough, but it rarely is.

For Ben Bransby and Jvan Tresch it seemed obvious what was next. Patagonia has long been the most difficult and revered home to big walls in the world. Notorious weather systems, complex peaks, difficult routes and tricky conditions create a mix where simply completing anything in a season is an achievement.

In their first season in 2003 they managed just that. On route, accompanied by Adam Long. In fact, they were probably the only team to top out on anything in Patagonia that season. While in El Chalten they bumped into Bean Bowers, a familiar face, who was impressed by their efforts and invited them to team up and attempt the coveted Torre Traverse the following season. Bad weather meant they never made it onto the traverse, a route later climbed by Rolando Garibotti and Colin Haley.

Frustrated with the poor weather Bean left for a week to head to the coast. His departure was timed with a week of good weather and Jvan and Ben were able to take advantage of the window with the first free ascent of the Fonrouge Route on Aguja Poincenot, as well as a new route on Aguja Saint Exupery.

After celebrating in El Chalten the hungover pair were woken early in the morning by Bean’s return. The three set off on an extraordinary 56 hour push on Fitzroy, making the second ascent of the Slovak Route.

I spoke before about how Patch Hammond, Leo Houlding and Ben’s stories are coming of age tales. Between his ascent of Freerider in 1998 and his Patagonia seasons Ben had a real coming of age moment. On an expedition in Greenland in 2000 his father was killed abseiling down a peak. Ben was just 20. He was halfway up a route on the Thumbnail when the news was broken to him, having just completed the first ascent of a new E6 with a team including Gaz Parry and Ian Parnell. Ben had to break the news to his mother over the phone.

Here Ben tells the story of his Patagonian adventures, coloured by a mature view on his relationship with his parents and how they have informed the love he has for climbing.