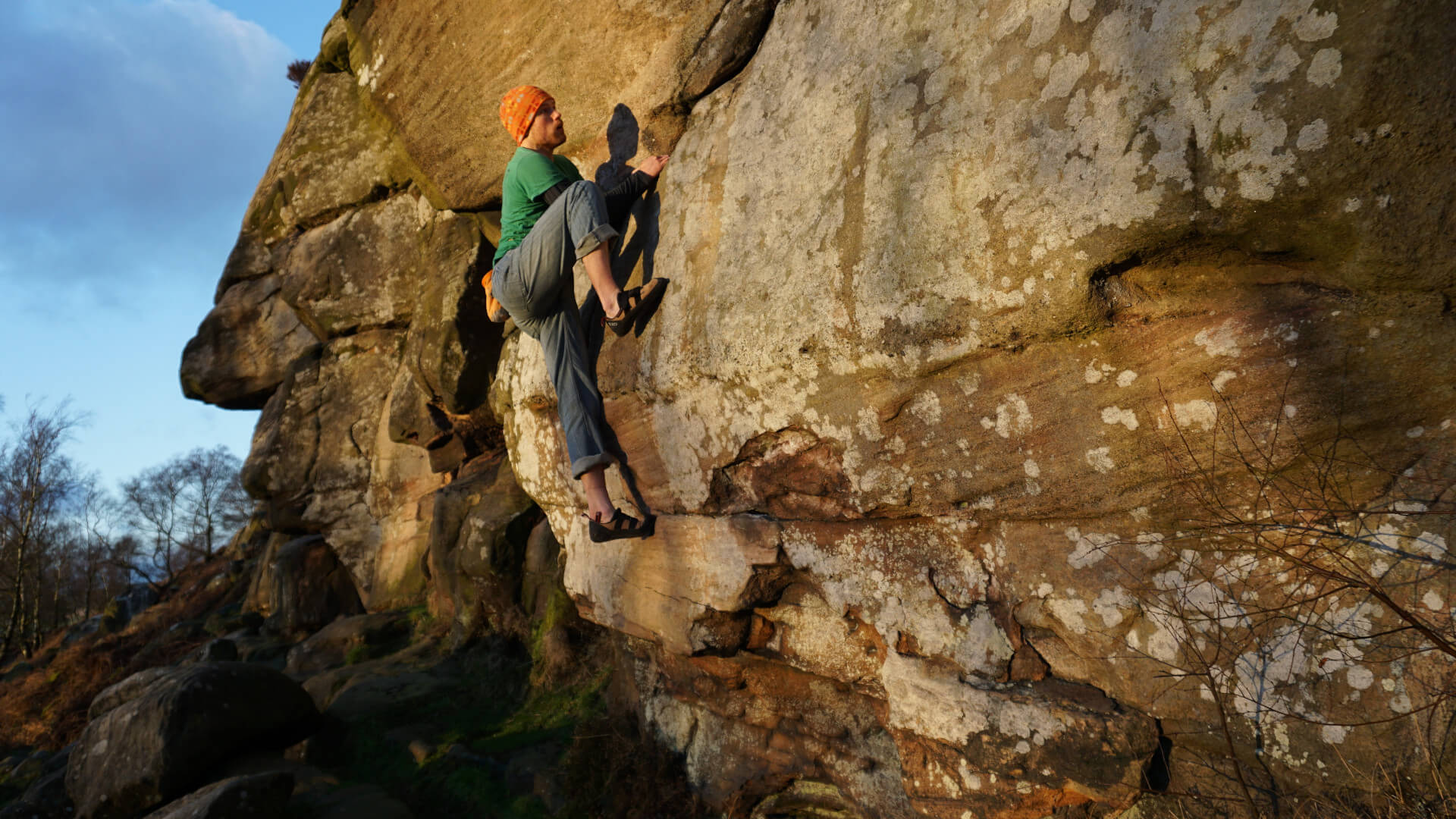 There’s something both romantic and illogical about taking the ultimate risk in climbing; leaving the rope behind and going solo.

Justifying that is a question which has always fascinated me. For many people it’s such an absolute risk that the answer is easy, but I’ve always thought it was more grey than that. I’ve asked all of the climbers I’ve interviewed for this series the same question, about why we do it and how we justify the risks we take. It turns out that we’re all motivated by similar things.

One day that motivation came back to bite me. I ended up on the deck at Froggatt, a fitting, bloodied mess for my friends to deal with. I’d always felt there was romance in risk, in doing the unthinkable. I never felt heroic. I wasn’t out to prove myself and, if anything, I felt that to prove something would be to miss the point. That makes it about someone else and this was my thing.

I questioned all of this after my accident; with other people clearing up the mess this was no longer just about me. Among the letters I was sent by friends afterwards was a booklet of stories written by John Kendrick. John is a bit of a hero of mine. He’s the honorary president of my old university club and over the years we’ve met up a few times for a drink or a climb and exchange letters and postcards. While I was coming to terms with the trauma I’d put friends and family through I read John’s story of his own solo endeavours in the Peak District. He would have been the same age as me then. What surprised me was that while I’d been obsessing over the idea that soloing was a very personal thing, John had taken this risk for the most frivolous of reasons: to win the attentions of a beautiful woman.

In this episode James McHaffie and Katy Forrester recount their own close calls soloing, while John explains why he took the risks himself and why he’s so ashamed of what he did all those years ago.