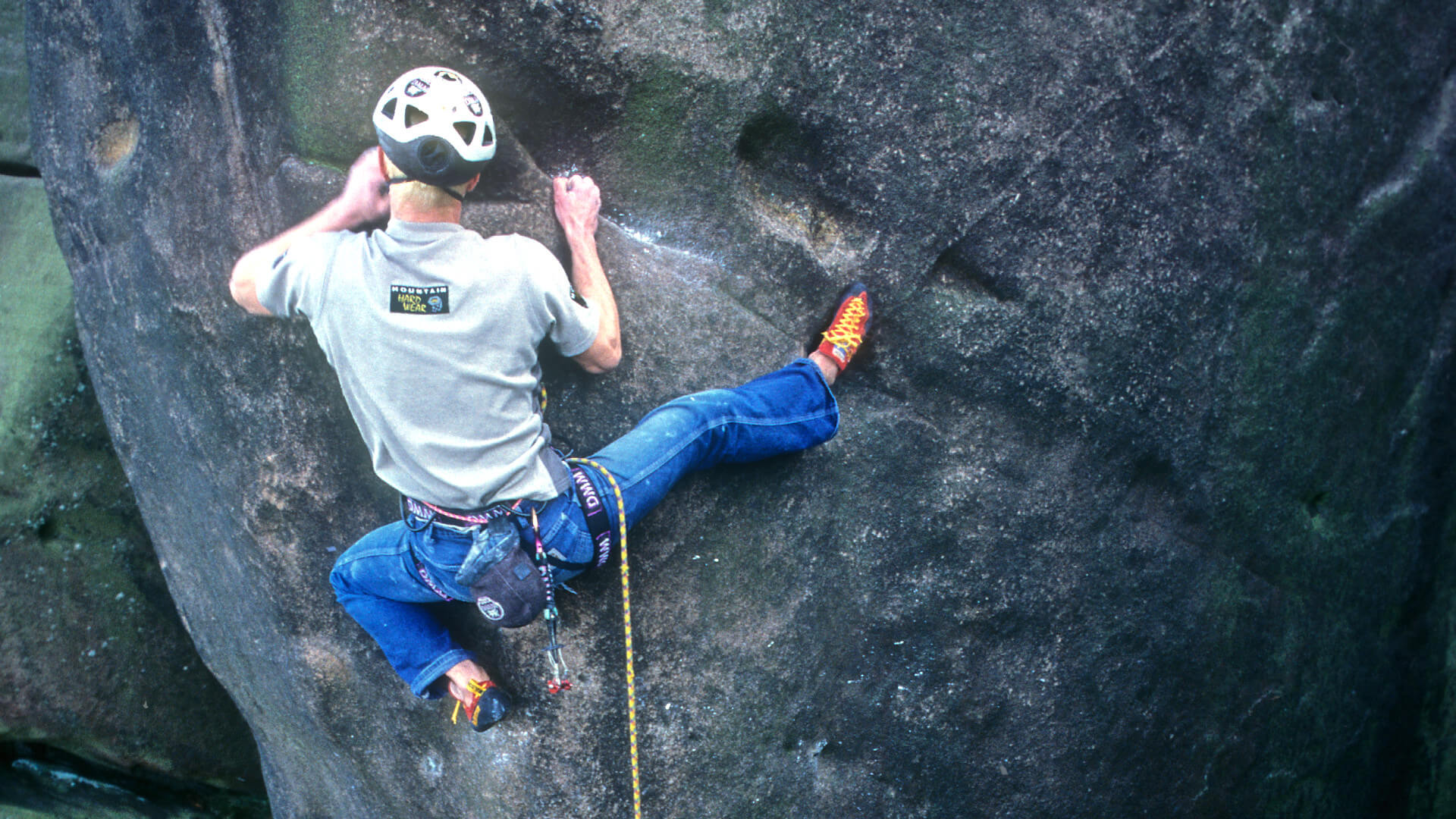 “I climb better when I’m scared.”

I’ve heard this quite a few times. I even thought it was true about myself for a while in my earlier climbing career, but it surely can’t be true?

After speaking with Hazel Findlay about maintaining the bubble of a flow state in the last episode, there was one part of her account which reminded me of something else. Something different.

Hazel’s story was about maintaining concentration and avoiding falling back into a distracted mind while climbing at her limit. Magic Line has spaced and difficult to place gear, but the physical danger was a small part of the equation. The distractions were the same social and performance anxieties that most of us deal with, coupled with an added expectation as a professional climber.

When Hazel hit the rest just before the final boulder problem on Magic Line she burst out of her bubble of concentration and had to fight hard to rebuild it to finish the route. It reminded me of something. After flicking through some old magazines and guidebooks it dawned on me – Neil Gresham’s account of climbing the Indian Face in 1994.

Neil had described how his body was being torn apart by his mind on the final moves to the finishing jug. Anchored to that jug he had felt a wash of regret and joy at being alive. Unlike Hazel he had been completely distracted by a genuine fear of his impending death. He’d ridden it right to the edge on one of the most dangerous routes in the country.

Despite this experience he went on to attempt Meshuga at Black Rocks a few years later – taking a bad fall on the unprotected section of the route and tumbling through the boulders below, sustaining a head injury that took him the best part of a year to recover from. He returned in 1999 and made the second ascent of the route.

This decade of risk taking culminated in the second ascent of Equilibrium at Burbage South. He put everything he had learned into this route, physically and mentally, and when it was done he decided that was enough. He didn’t want to risk his life for these routes again.

On the Indian Face Neil described how close he came to falling off the crux, high on the face above questionable protection, certain that he would die. What was it that kept him on?

With the tension building his calves were shaking, his tips were sweaty and his mind was wandering. He says he thought he was off, but something screamed inside him and kept him on the rock.

Is there something primal that drives the urge to survive strongly enough that you can keep it together when it really matters? What was it that Neil had experienced in extremis on the Indian Face? And why would he put himself in that position again?

In this episode I try to answer these questions by following Neil through the 3 ascents and understanding what’s really going on in his mind, with help from clinical psychologist Dr Rebecca Williams.

Dr Rebecca Williams is a psychological coach for climbers and a consultant clinical psychologist. You can find more information on her website at smartclimbing.co.uk.

Music credits: All music in this episode comes from Blue Dot Sessions.