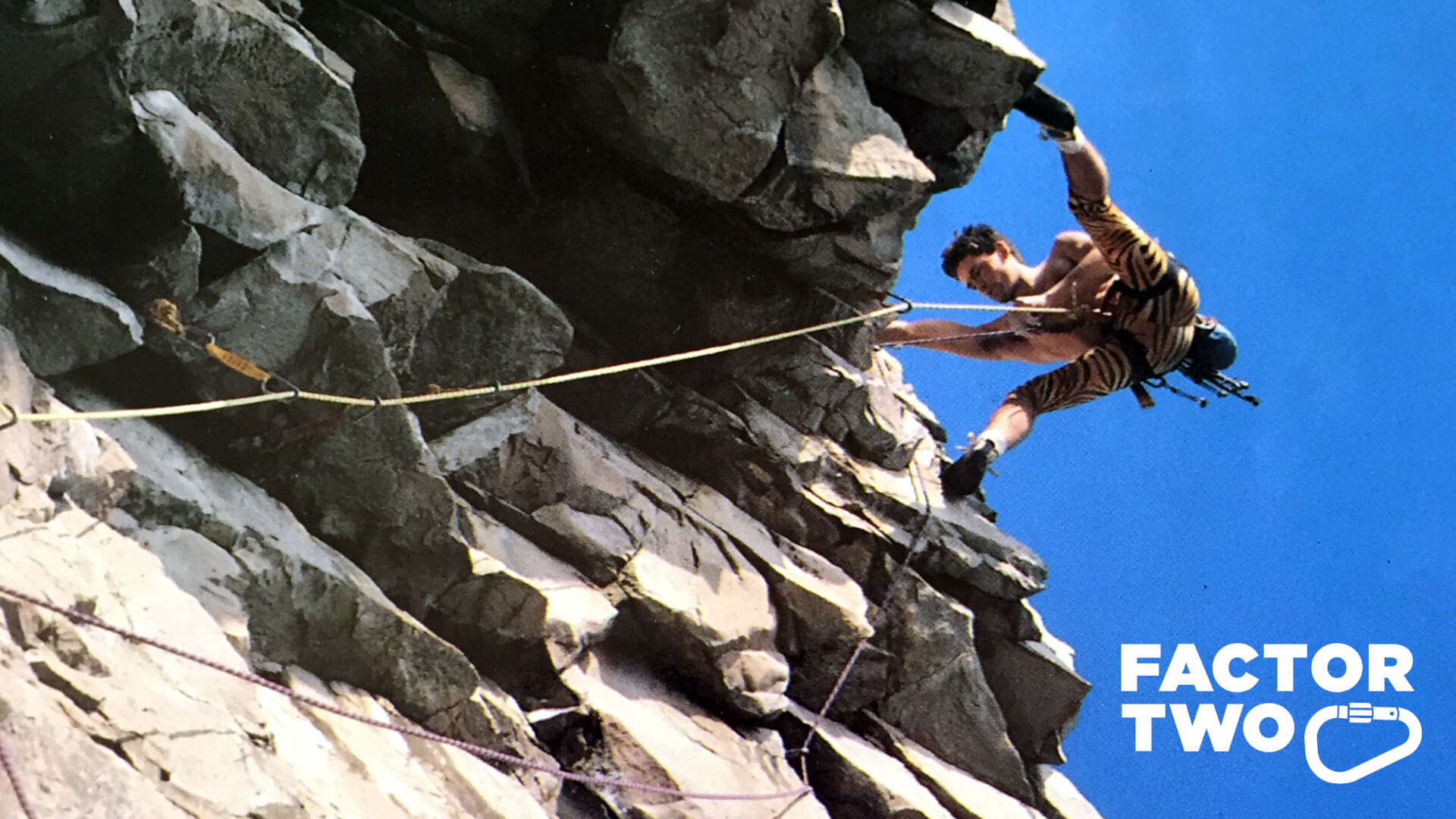 The whims and motivations of climbers really are another world to the person in the street. Understanding them is crossing a threshold, it requires a certain suspension of disbelief to start to see the world of risk, adventure, suffering and more in a different light.

Those thresholds exist within climbing too. One of them is understanding the obsessive new-router. I think we can all appreciate the buzz of discovering something no-one else has done. We could probably imagine cleaning something, maybe even drilling some bolts, although I bet few of us have actually done it. Even fewer can really get inside the mindset of the truly obsessed. That person who will plough time and money that could be used on trips and climbing into finding, cleaning and climbing new routes.

Pete Oxley is one of these people, and what fascinates me about him, and others who were new routing at the same time, is the sheer volume of routes he was putting up – more than 800 new routes, many in Dorset, but also in Avon and Cheddar, the Peak District and south and west Wales. His output is probably only surpassed by Gary Gibson, Martin Crocker and Pat Littlejohn.

Pete’s opened up routes of all grades, but was responsible for some of the hardest lines around, including Laughing Arthur, E8 6b, and Infinite Gravity, F8a+, both taking on the impressive overhangs at Blacker’s Hole in Swanage.

Pete was also part of a new wave of climbing in the 1980s, with new ideas and a pushback against traditional ethics. That tradition is particularly strong in Britain – we don’t like bolts. Or, rather, we didn’t like them.

When Pete started his new routing activities the direction of climbing was changing. He had a reasonably traditional induction in some ways, spending years trad climbing before really becoming obsessed with bolting lines, but also a rather insular way of creating his own routes and problems, coming up with training methods and opening up unusual venues, like railway bridges.

At the time, continental ideas about sport climbing and bolting were creeping into the UK. There was still an abundance of rock to be climbed, if you knew where to look, and there were venues where, today, it seems obvious that you’d bolt them. But back then that wasn’t the case – someone needed to be the first, and they had to have a thick skin to weather the storm of criticism that would follow.

Pete’s routes emerged, through a few mistakes and accidents along the way, as one of the biggest legacies of the era. If you’ve climbed on Portland or Swanage you’ve almost certainly done one of his routes, and you’ve probably clipped his home-made bolts.

In order to achieve this legacy Pete lived on the dole, like many UK climbers in the 1980s. He was probably the only full-time climber in south-west England at the time. He invested his time in training, finding and cleaning new routes, testing out new ideas for bolts and enjoying the creativity of the sport.

His unusual drive – spending many days alone on the sea cliffs bolting and cleaning, in all conditions – have created a legacy for the climbing community.

In this episode I talked to Pete about the source of this motivation, the development of Dorset as a sport climbing destination, and why he was so inspired by the late John Peel – a parallel story of a new creative independence in climbing, matched by the growing indie music scene.

Pete would like to thank his partner of 29 years, Jan Rostrom, his parents and the Portland Pipers (they know who they are) for their support over the years.