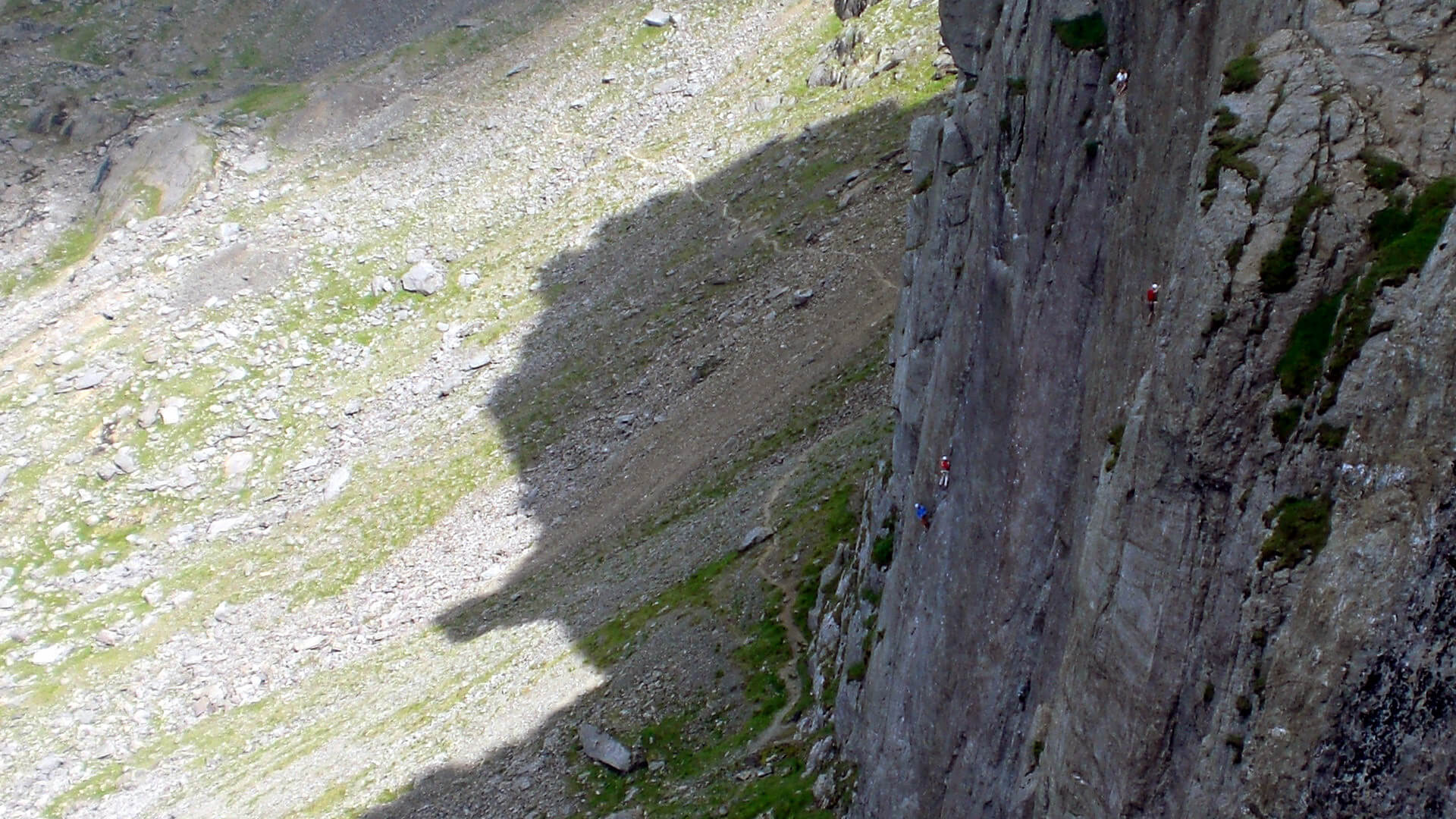 Every generation of climbers looks to improve on the performances of the last. The saga of the Great Wall on Clogwyn Du’r Arddu provides one of the best examples of this in British climbing.

The climbers looked to improve the style and the difficulty of the lines: Joe Brown abandoned his efforts with a peg at his high point. Pete Crew surpassed it using pebbles for aid in the thin cracks of the top pitch. A young John Allen freed the line in 1974.

In the early 80s the eyes of the best were drawn a little rightwards – The new line would eventually become Johnny Dawes’s masterpiece the Indian Face, but before that John Redhead famously tumbled from its upper reaches. He marked his highpoint with a bolt.

Jerry Moffatt was making a name for himself as a bold and strong climber at the time. He inspected the line and, offended by the bolt, chopped it and headed rightwards to create Master’s Wall, one of the boldest and hardest routes around. The next step in this progression? To onsight the line. In 2000 a 19-year-old James McHaffie attempted the feat. It’s an experience which has lived with him ever since.

Caff returned in 2018 and made a successful ascent of Master’s Wall, saying it was “as hard as Indian Face”.

The Factor Two podcast is brought to you by UKClimbing.com